Will Biden’s Infrastructure Plan Save Students From The Dangers Of Asbestos In Public Schools? 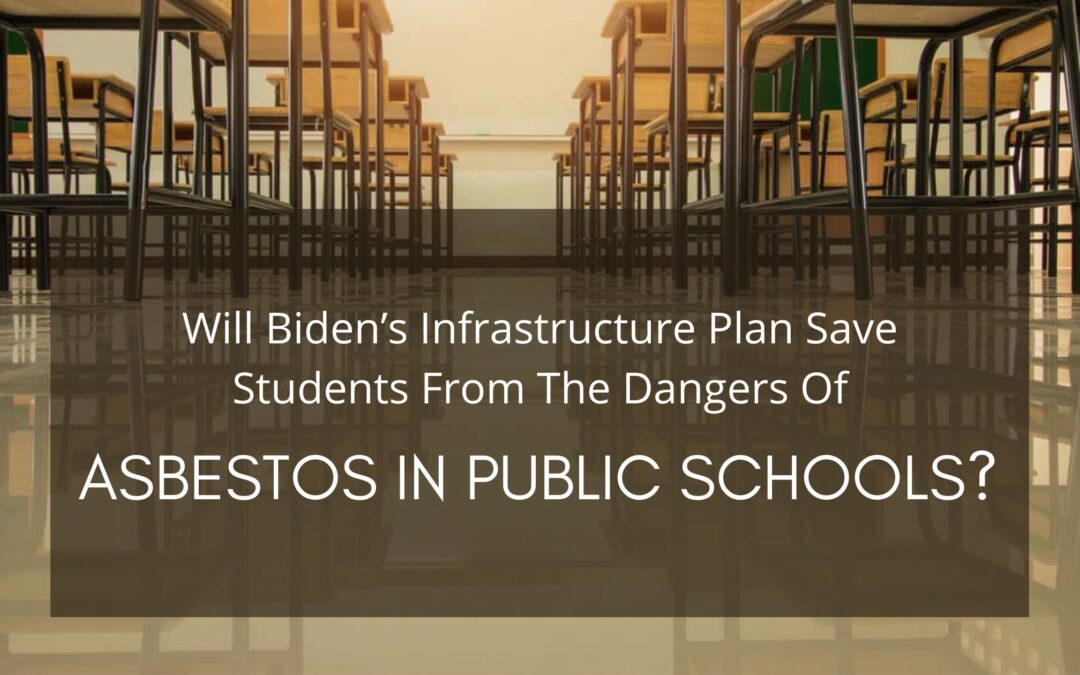 From time immemorial, education has represented a cornerstone of our existence as a species. Whether from informal sources such as family members, and from formal sources in schools, education remains at the top of our priority list for children. Given its importance, it is logical to expect that learning environments for children must be as safe as possible? But, are they?

School environments can hold potential sources of physical, biological, and even chemical hazards. From electrical accidents to fire and even water spills, many hazards abound within the walls of schools. Apart from these obvious dangers though, even the building of school structures can hold latent dangers for students. 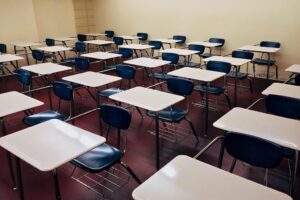 This is especially true when it comes to the use of asbestos as part of the roof or floor in public schools. In construction, priority is often given to cheap, easy-to-use, and efficient building materials. Five, six decades ago, asbestos fit this description to a tee. It was cheap, easy to install, a great insulator, and offered some degree of resistance to fire. It was certainly the choice material for roofing and insulation for most buildings including public schools.

Asbestos is a natural mineral with soft and flexible fibers that give it its much-vaunted qualities. There are two main types – amphibole and serpentine asbestos. It is highly resistant to heat, electricity and does not corrode easily. These qualities make it very desirable especially in roofing.

The danger with asbestos is tied exclusively to breathing in its toxic dust. Asbestos is considered “most dangerous” when it is friable. Friability means that it can be easily crumbled by hand to release dust particles that are toxic into the air. So, friable asbestos such as sprayed-on insulation and roofs poses a health risk. Non Friable asbestos-containing structures such as tiles and cabinet tops are safer.

When asbestos dust is released into the air, it can be inhaled. Most of the inhaled dust will be trapped in the mucus membranes in the nose and trachea but some will escape being lodged permanently in the respiratory tract. The body has an inefficient mechanism for removing these lodged particles and over time, they cause significant scarring, inflammation, and eventually damage to the respiratory system. That partly explains why adult males over 60 seem to have the highest frequency of asbestos-induced respiratory problems. The lodged particles remain latent for decades before getting activated to cause damage. The duration of exposure does not matter much as the way the dust is generated.

Asbestos has been implicated as the main cause of three ailments – lung cancer, mesothelioma, and asbestosis.

Asbestosis is a chronic, non-cancerous respiratory ailment caused by scarring of the respiratory tract. Lodged asbestos particles cause scarring and fibrosis that reduced the lung’s ability to expand during respiration. Its main symptoms are shortness of breath and a dry crackling sound during breathing. It may eventually result in cardiac failure.

Lung cancer causes more asbestos-related fatalities than any other ailment. Common symptoms include hoarseness, change in breathing patterns, severe chest pains, and shortness of breath. The prognosis is even worse when the affected patient is a known smoker or exposed to a lot of passive smoking.

Mesothelioma is a rare form of cancer that affects thin membranes in the lungs and chest mostly and is due almost exclusively to asbestos exposure. About 5000 cases are reported yearly in the U.S and patients have a life expectancy of only 12 to 18 months. Once activated, latent mesothelioma kills fast and almost surely.

A wave of medical studies proved in the 1970s that asbestos could pose a serious health risk. These reports formed the basis of most of what we know about asbestos exposure today. Immediately, there was a largescale campaign to decommission asbestos-containing structures. However, given the dangers in destroying the asbestos-containing structures and the risk of generating asbestos dust, roofs, tiles, and walls containing asbestos were not touched if they proved to be in good condition. The thought process behind this decision was that they were less likely to generate toxic dust when compared to the destruction process itself.

Therefore, many old buildings still have asbestos-containing parts – these parts that were once considered safe may have deteriorated and are definitely a risk. This is further corroborated by recent reports of potentially unsafe exposure to asbestos in certain schools.

Seven schools in Virginia Beach reported asbestos findings. These schools all had significantly old buildings and the cases are being monitored for further action. St Helena Parish in Florida has also had reported safety risk reports due to asbestos. An elementary school in Berkeley, California was also the news for allowing students to take cooking classes in a room with cracked asbestos tiles. Public schools in Toledo have also had to create funds for a cleanup of asbestos that fell during a roof repair. A general evacuation was ordered to allow this cleanup to be done.

The EPA has recognized this risk and issues guidelines for handling asbestos exposure in public schools. Part of the current guidelines states that the following be done in schools with old buildings that might contain asbestos.

Despite these guidelines, asbestos exposure remains a sticking point in discussions about public school safety. Is it good enough to allow these old buildings to continue to serve as a potential source of danger? Are they really safe? Who bears the cost of cleanups? And who is to be held responsible in cases of exposure?

There is really a no clear-cut answer to this question, but a savior might be on the horizon.

When acted upon, it means that public schools will get more funds to carry out more effective renovation, decommission older and potentially unsafe buildings, and generally improve students’ safety. That’s a huge boost in the fight against exposure to toxic asbestos dust and could make our schools a safer learning experience.